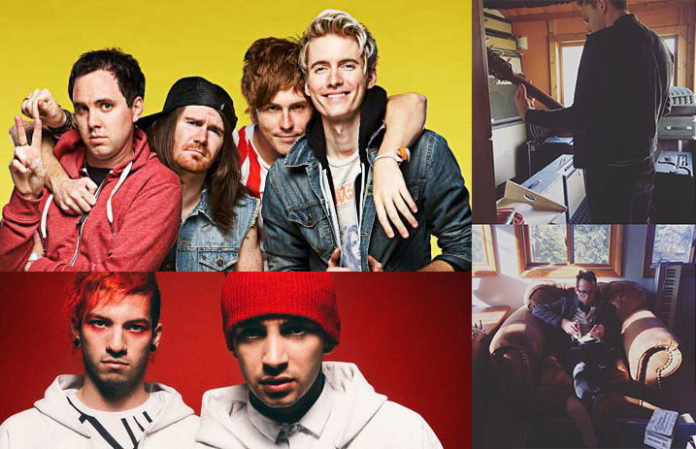 From Twenty One Pilots winning an NRJ award to Forever the Sickest Kids being up to something, check out news you might have missed today.

Read more: Andrew McMahon announces new album, tour and other news you might have missed

Twenty One Pilots can add yet another award to their trophy case, as they won the Révélation Internationale De L'année (International Revelation Of The Year) award at the NRJ Music Awards beating out Zara Larsson, The Chainsmokers, Lukas Graham, Mike Posner and Fifth Harmony. They also performed “Ride” at the award show. Check it out below:

thank you to the french clique for this @NRJhitmusiconly award. |-/ pic.twitter.com/KcLnpchrWl

Forever the Sickest Kids hasn't released any new music since 2013, but that might be changing after the band posted a cryptic status to their Facebook page.

All the band wrote was, “Big news coming soon…” Whether that means a new album or possibly a new tour, time will tell. One thing is for sure — we are definitely excited. Their last release was J.A.C.K. in 2013. They also performed at the Vans Warped Tour that same year.

Speaking of bands recording new music, The Get Up Kids posted a picture of them in the studio on Facebook, with the caption “First time in six years.”

Anti-Flag released a 360° music video for their track, “Without End” Check it out below!

The track features Tom Morello and P.O.S and was clearly inspired by the election and Donald Trump's win.

Anti-Flag remarked, “we are honored that Tom Morello and P.O.S have contributed to this track. Their collective history of using their art to challenge the status quo speaks for itself.”

Anti-Flag will be going on a tour with Reel Big Fish beginning in January. Check out where they will be performing below:

Read More: 9 bands who have performed under different names

Already planning your 2017 concert schedule? Look no further after the World's Loudest Mouth festival series has announced the dates and locations for their festivals.

Artist lineups for the festivals will be featured soon, but we can't help be excited after seeing the different cities around the United States that these festivals will take place in. Check it out below:

If you haven't started listening to Stitched Up Heart yet, you definitely need to. After releasing their debut album “Forever Alone” back in June, the band released the video for “Catch Me When I Fall” Perfect timing for when they'll be performing at the Revolver Awards in December. They are nominated for “Best New Talent” and with songs like this, it's easy to see why.

Check out their new video here.

You may have seen this band perform covers of bands like The Chainsmokers or Five Seconds of Summer before, but their new video for their cover of “Brand New Moves” is something you'll be listening to all day.

They recently performed in the parking lot of Five Seconds of Summer shows while the band toured with Hey Violet, so hopefully we see more of them soon. Check out the video below: