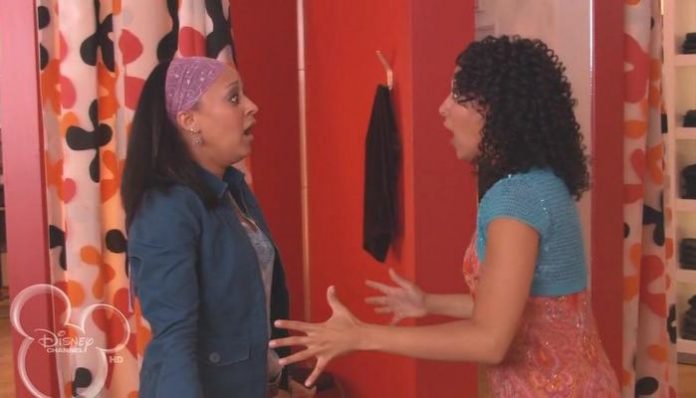 Halloween lovers, get ready for a movie night — Disney Channel is streaming Twitches live on their YouTube channel all week long.

The film stars Tia and Tamera Towry as Alex and Cam, twin witches that were separated at birth who later found each other. They unite and use their newfound powers to save their birth mother.

Disney Channel doesn’t specify when the week-long streaming of Twitches end, so definitely try to enjoy it before it’s too late. The film is on a continuous loop, so you can just watch it on repeat to get in the true Halloween spirit.

You can watch the Twitches live-stream below.

It’s unclear if Disney plans on streaming more Halloween movies on YouTube this October, but let’s hope that if so, Halloweentown is next.

See how people reacted on Twitter to discovering the stream.

@TameraMowryTwo @TiaMowry I am watching #Twitches on @YouTube thanks @DisneyChannel would y’all done third one? Please!

The @DisneyChannel YouTube channel has Twitches on live for the whole week.
You’re welcome.
And thank you disney channel, let spooky season commence.

I don’t know who needs to hear this, but @DisneyChannel is live streaming Twitches on YouTube all week long… #Spooktober

you can catch me watching Twitches on repeat this week! thank you @DisneyChannel & @YouTube ✨✨ pic.twitter.com/cf3sOdWKYs

Speaking of Halloween movies, cult-classic film The Craft announced who would be playing the four core witches in the forthcoming remake.

The 1996 cult horror film focuses on four teenage girls who practice witchcraft and curse anyone who they don’t like. It was directed by Andrew Fleming.

Now, the four witches will be played by Cailee Spaeny, Gideon Adlon, Lovie Simone and Zoey Luna. Blumhouse made the announcement of the casting on Twitter.

The Craft has its coven! The movie, written, directed and produced by @ZoeListerJones, has cast Cailee Spaeny, Gideon Adlon, Lovie Simone and Zoey Luna to join the witchy, wonderful reimagining of the iconic ‘90s film. pic.twitter.com/qa4JxYGtyL

The Craft remake will be written, directed and executive produced by Zoe Lister-Jones. It’s being produced by Jason Blum of Blumhouse and Douglas Wick, who was a producer of the original film.

Fleming will also serve as an executive producer for the reboot.

In 2015, it was reported that Leigh Janiak would be leading a remake script of the film that was to be set 20 years later. He is now no longer attached to the film.

It’s unclear if the original cast will make an appearance in the film yet, but Tunney has previously said she’d love to reprise her role in a sequel of the film.

“I feel like if it came along and the script was good and I actually thought it was going to be something … I want them to find a great director. … If it was something where I felt like they were going to do it well, and also find a way, because it’s been so much time, you can’t just do a sequel,” Tunney told ComicBook.com.

“I think on some level, it totally has to, in order to feel relevant, I think it should be maybe funnier or something.”

What do you think of Disney Channel live-streaming the movie all week? Sound off in the comments down below!