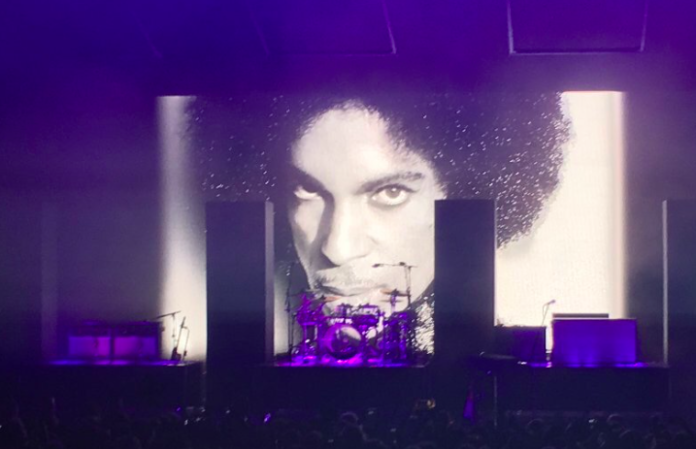 Through our endless scrolling and clicking, we inevitably come across a massive amount of content that doesn't necessarily warrant a news story on its own—but is amusing nonetheless. Instead of letting those small, yet noteworthy, moments slip through the cracks, we decided to gather them up in one convenient, post. Check out the best internet moments from this week, from Halsey loving Panic! At The Disco to ROAM fawning over Moose Blood to Lorde tweeting Paramore lyrics, below.

It seems Lorde likes Paramore, that we do know:

The 1975 honors Prince at their concert:

Neck Deep finishes up their massive World Tour with this awesome stage pic:

That's it. World tour = done. Thank you to every single one of you who made it to a show and made this possible ❤️ pic.twitter.com/PH4yMAvBXE

And then some Neck Deep love:

Never did I think ND would ever do things like this, not even close. But here we are, we did it.

Moose Blood being fanboys for PUP:

THREE BEERS AND I'M SO MESSED UP, GET DRUNK AND I CAN'T SHUT UP

Honestly, how damn good are @puptheband

ROAM being fanboys for Moose Blood:

We still hate you but your new song is very good @mooseblooduk, well done. Love you.

But who wouldn't fawn over Moose Blood? Look at that look:

Just after we wrapped on the 'Honey' video shoot. Cheers @ASOS pic.twitter.com/7L0dymg60C

Where is Dan, though?:

Halsey is all of us, basically:

@halsey thank YOU for allowing a musician like me to be a part of something so great. I had a blast and you are wonderful.

There is no one who can’t relate to this in some way or another. Thanks, Maxx:

how I plan on spending my night pic.twitter.com/lVjZZozDL3

Hey @AltPress , if there was an #APMA for “Most Robbed Band”, we would totally win, RIGHT???

Seriously, though: Seaway were recently robbed while away on tour. Read this post with details of their stolen gear, and help out if you can.

Creeper, looking miserable as ever in this classic mirror pic:

Last night of tour tonight! Just about to go on stage with this gang of misery men. See you on the other side. pic.twitter.com/02ZvvRP5ia

Pat from the Maine makes all of his fans go “awwwww” collectively:

All I want is to be in The Maine forever. Can't think of anything better to do. Ever.

Sometimes the best moments happen between songs. Matty of The 1975 at Coachella pic.twitter.com/ZFbnETG8tZ

Just putting this here, just in case anyone wants to pick me up that amazing shirt Brian Dales from the Summer Set is wearing with lyrics from their single “Figure Me Out”:

Thank you for all the birthday love today.

Now this one is for you ❤️ pic.twitter.com/b9lRQ2wqUI