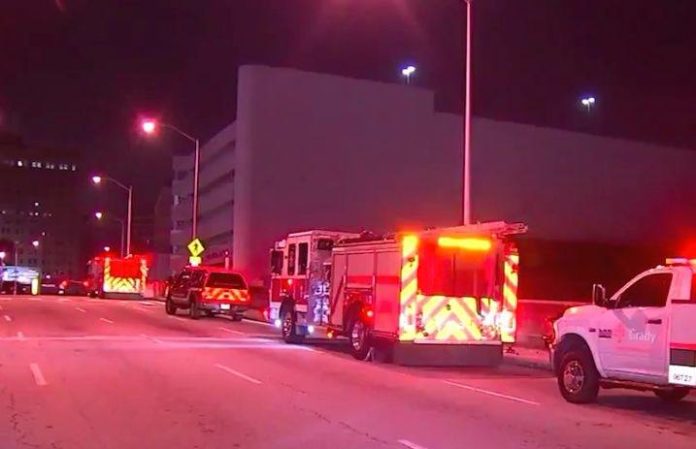 Police are currently investigating a deadly shooting that happened at The Masquerade at Underground in Atlanta, Georgia last evening that left two dead and two wounded.

According to WSB-TV in Atlanta, police were called to Lower Alabama Street for a report of a person shot, finding four victims when they arrived.

Police said that the two victims who died “became rowdy” and climbed onto the stage before the main act, Cousin Stizz, took the stage. Another attendee “was not happy about that” and pulled out a pistol and shot the two victims and proceeded to shoot towards the ground, which likely hit the additional victims, WSB-TV explains.

“The suspected shooter, still armed, was witnessed by unarmed security but was not successfully detained,” Atlanta police Officer Lisa Bender told AJC.com. One of the victims died on the scene from a gunshot wound to the chest.

The others were taken to the hospital, where the second person was pronounced dead with “gunshot wounds to the upper and lower torso,” AJC.com reports.

Rapper Cousin Stizz, who was set to perform, released a statement saying he’s “completely heartbroken” following the events. He’s “in shock and at a loss of words for the senseless violence,” sending his thoughts and prayers to the victims and their families.

They are still searching for the shooter, and the investigation is ongoing, WSB-TV explains.

The Story So Far will be playing the same venue tomorrow night with Drug Church and Turnstile, and they explain that in light of the tragic events, the show will still be going on.

Disheartening news to say the least. Our show is still on tomorrow. https://t.co/mxXvhKynll