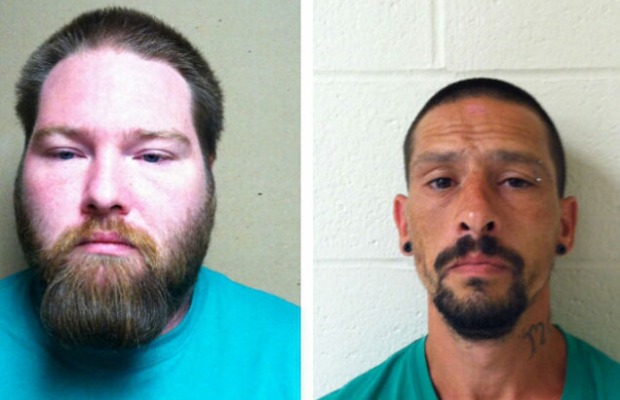 According to the Guardian, two men from Hebron, Maryland, were charged with attempted murder and assault after allegedly beating their housemate, trying to cut his tattoo from his arm and setting him on fire for “disrespecting” Insane Clown Posse.

The victim, Zachary Swanson, 31, suffered from fractures to his nasal area and face, brain bleeding, swelling of his eyes, 11 broken ribs and a liver laceration. Wicomico County Sheriff Mike Lewis says Paul Martin Hurst, 33, and Cary Lee Edwards, 35, attacked Swanson because he was apparently disrespecting ICP and “had to pay the consequences.”

Swanson’s arm was cut and burned. The harshness of the attack forced doctors to amputate his arm below the elbow.

“They are followers of the Insane Clown Posse, without question,” Sheriff Lewis added. The charging documents state, “This burning was in an attempt to remove a tattoo that Edwards did not believe that Swanson earned.”

A report from delmarvnow.com goes on to state that, during the beating, the two men used the handle of a yard tool, a shovel and a “stick-like weapon.”

As a group, the Juggalos have been surrounded with controversy. In 2011, the FBI’s National Gang Threat Assessment report classified the ICP fanbase as a gang.