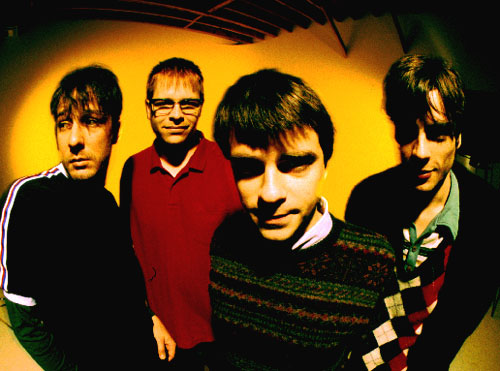 While Weezer may have opened up the vaults on last fall's deluxe edition of fan-favorite album Pinkerton, even more nuggets from that era of the band's history have begun to pop up. A different version of Pinkerton and Blue Album outtake “I Swear It's True” as well as the first-ever full-band version of Songs From The Black Hole cut “You Won't Get With Me Tonight” can be heard below. It is unclear at present time just when these tracks were recorded, or if they were even recorded in a proper studio; some fans have speculated that the recordings came from a soundcheck in the mid-’90s. It is also unknown just how these songs made it to the internet, with the current rumor being that Weezer drummer Pat Wilson passed them along to fans himself.