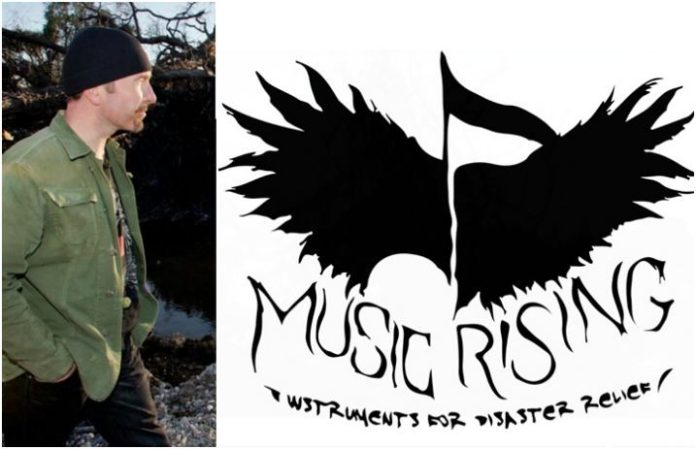 U2's guitarist, The Edge, has announced he will be raising funds to help replace instruments lost by musicians who were impacted by Hurricane Harvey. See how he plans to give back to the scene below.

The Edge started his own charity organization called Music Rising after Hurricane Katrina in 2005. Fellow U2 member Bono sat down for an interview with Boston radio station Mix 104.1 to elaborate on his bandmate's charity.

“You might recall that Edge – when Hurricane Katrina did its damage to New Orleans and destroyed the lives of so many musicians there – he put together Music Rising, and it was a really clever way of getting the musicians of the area some instruments so they could continue to live.”

Although no plans have been solidified yet, Bono states that plans to aid Houston are in the works.

“Edge has been in discussions now to do the same [work] in Houston. And you know, we have private ways that we will respond, but publicly that's what we're doing.”

You can visit the Music Rising website to make a donation towards Hurricane Harvey Relief, where 100% of the funds will be used in relief efforts.