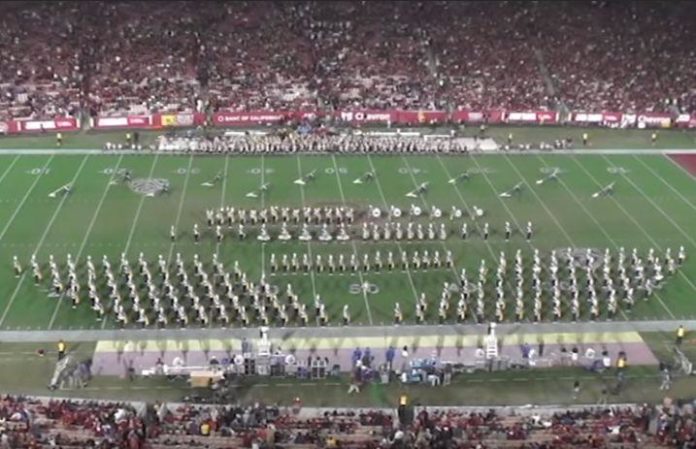 UCLA clearly knows what’s up. Their marching band performed a few of Panic! At The Disco's biggest hits during a recent halftime show, and it’s obviously incredible.

The medley includes a few of our favorite P!ATD tracks—“Death Of A Bachelor” and “Victorious”—and we just wish we were there to witness this live.

Of course, they aren’t the first school to show some serious Panic! love, with the Temple Marching Band and the Falcon Marching Band of Bowling Green State University in Ohio both sharing their own epic P!ATD performances.

Plus, Panic! At The Disco fans have plenty to look forward to. The band announced All My Friends We're Glorious, a 21-track live album set to be released December 15 with both digital versions and a limited-edition double vinyl.

The tracks were recorded on the band's recent Death Of A Bachelor Tour, featuring such songs as “Nine In The Afternoon” to “LA Devotee.”

What are your thoughts on UCLA’s take on Panic!’s songs? Let us know in the comments below!