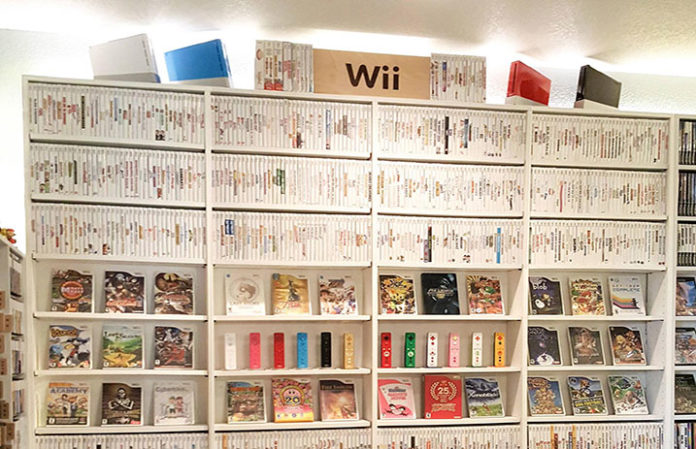 You probably had no idea that there have been 1,262 games released in North America for the Nintendo Wii, but NintendoAge forum user NintendoTwizer did and since late 2015 has been working to collect every single one.

Check out pictures of his amazing collection below!

NintendoTwizer talked about the extensive set on the NintendoAge forum, explaining why the Nintendo Wii and what his history with the console is.

“The Wii is a fascinating system.  It sold over 100 million units.  It was an insane success for Nintendo.  No other Nintendo home system including the original Nintendo could touch it in sales.  Think about that.  Everyone had one (including my grandma).  For me, I felt it would be an interesting challenge.  The Wii was unexplored territory.  Not many people have gone for a complete set,” wrote NintendoTwizer.

While one would think that a collection this big would take a long time, NintendoTwizer started his collection in late 2015 after buying a new house.

“By 2014, I’ve acquired over 100 games over the lifetime of the Wii, lots of really fantastic titles, one’s I’ve put countless hours into.  In early 2015, I sold my collection to build a house, every game I owned found a new home, all as one huge lot.  My Wii game count was back at zero. By December of 2015 my new house was complete.  I designated a spare space for the new game room.  I spent the next year picking up Wii games I saw them,” wrote NintendoTwizer.

Check out some amazing pictures of his collection below.