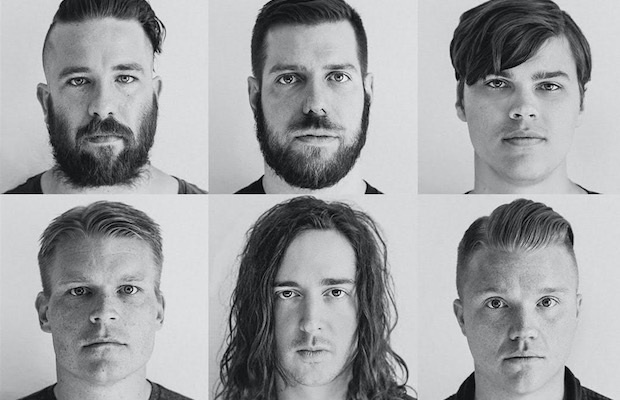 After announcing reunion sets for both Self-Help Fest and South By So What?!, Underoath have officially revealed that they will embark on a full U.S. reunion tour in the spring of 2016. Each night, they will perform They’re Only Chasing Safety and Define The Great Line in their entireties, along with “some special treats.”

A full list of dates and locations can be found below. (Pre-sale tickets are on sale now.)

In the latest issue of AP, frontman Spencer Chamberlain and drummer Aaron Gillespie sit down with Tyler Sharp to discuss the band’s regrouping and what this tour means for Underoath. (AP 327 is on sale now.)

“I hated the idea of Underoath being ‘over’ and I’m not sure what we are, but we are all friends again and that’s really the most important thing,” says Spencer Chamberlain. “That being said, we felt like now is a great time to do a tour and celebrate Define The Great Line turning 10.”

We are SOOO stoked to announce Rebirth Tour 2016! We will be playing They’re Only Chasing Safety and Define The Great Line from front to back at every headlining show!Go to http://underoath.merchline.com/ to buy VIP tickets and bundles now, and we’ll see you in the fall! –TM / UØ #UOrebirth