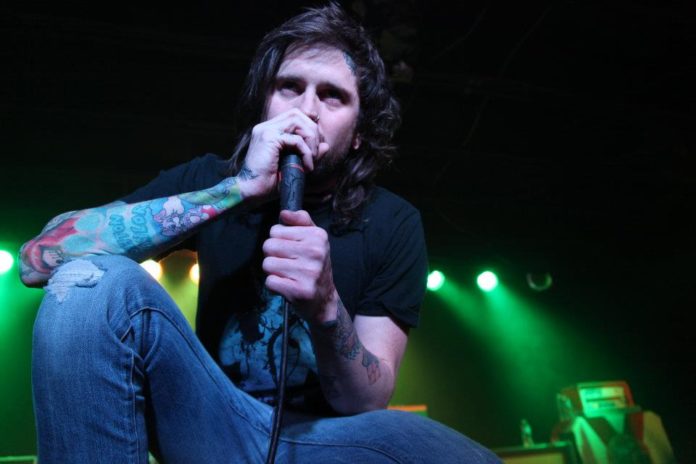 Underoath have shared a statement on the hospitalization of their original vocalist and founding member Dallas Taylor’s hospitalization. “All our thoughts and prayers are going out to him and his family,” they wrote on their Facebook page. “If you're the praying type, please send one up for him.”

They added, “We love Dallas and we know he's touched many people's lives.” You can read all of what they had to say below.

Taylor was airlifted to a hospital in Ocala, Florida following a serious ATV accident Tuesday. His brother, Rhett Taylor, shared two initial updates, which you can read in our report.

Corey Steger, who performed on Underoath’s first two releases (Cries Of The Past and Act Of Depression), shared a comment on our initial report late Wednesday afternoon regarding Taylor’s condition:

“I know a lot of you were looking for an update on Dallas's condition. I was able to spend about 4 hours alone with him today at the hospital. He is still in the trauma care. He has some pretty serious injuries that include some issues with his lungs, some head trauma , and a pretty severely broken right arm. He was unable to open his eyes while I was there but when the nurse took him off some of the pain medication and sedation meds he was able to respond to her by squeezing her hand and moving his feet as well as lifting his arms a little bit.

I would like to personally thank everyone for all of the prayers and financial help. He has given so much to all of us and ask for so little in return. Dallas is one of my oldest friends and I know that he would never want you to blame God for what happened. I hope all of you join me and asking God to be enough in this situation and continue to pray his wonderful son and his son's mom , as well as his parents and the nurse that is currently looking after him. Thank you to everyone that has supported him and loved him for so long… Because we for sure love you.”