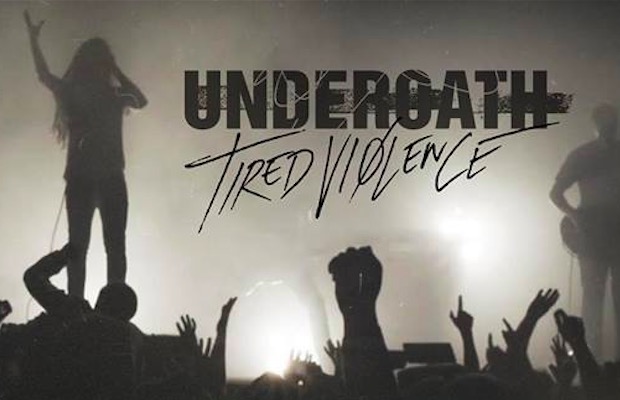 Underoath have revealed that their farewell DVD, Tired Violence, will officially be released on May 1. Pre-order packages are on sale and available for purchase now. You can watch a third trailer for the film below. Be sure to leave us a comment with your thoughts!

Read more: Christian band or not, Aaron Gillespie would “100 percent” do an Underoath reunion

In a recent AP list article, staff writer Matt Crane hit the nail on the head by summing up UO's absence from the scene with this: “Their final album, Ø (Disambiguation), an experimental masterpiece, would prove to be too inaccessible for most. The band broke up shortly after. Somehow, nothing seems right without them.”

Underoath transcended genres from album to album, captivating not only ears, but hearts as well. When the final note rang out at their last show ever in St. Petersburg, Florida on January 26, 2013, an undeniable void formed within heavy music; a vacant area that will arguably never be filled. Underoath were truly a one-of-a-kind band that made an unparalleled impact on our scene—an influence that won't soon be forgotten.

Tired Violence is releasing May 1! To be a part of the story and pre-order limited packages go to tiredviolence.merchline.com

Posted by Underoath on Wednesday, April 1, 2015