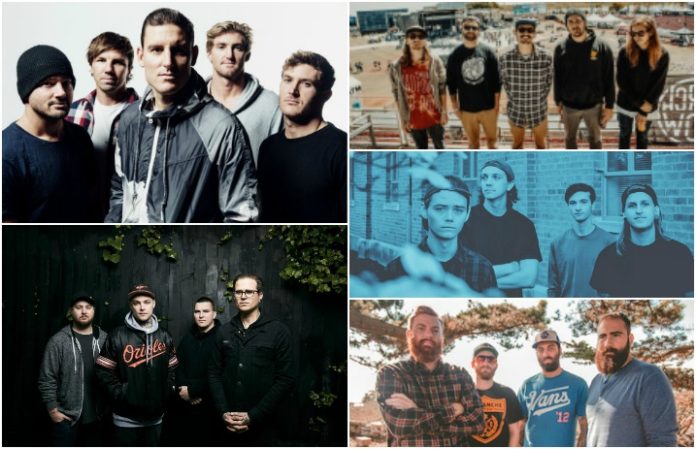 Catch the Weekend Classic and Something More on tour—plus, hear new music from Kali Masi and All Pigs Must Die. Check out the news you might have missed today below!

1. Heavy music gathering UNIFY announced that the Amity Affliction and Parkway Drive will be headlining the 2018 festival.

Other acts include Tonight Alive, Four Year Strong, Architects, Hands Like Houses, Stick To Your Guns, Knuckle Puck, Being As An Ocean and more. Tickets are on sale now here.

Architects, Hands Like Houses, Tonight Alive, Hellions, Void of Vision, Cursed Earth. @unifygathering has been announced and we. can't. wait. UNIFY 18 TICKETS ON SALE @ 12:30PM AEST, unifygathering.com for all details.

2. The Weekend Classic and Something More announced that they’ll be hitting the road together next month.

The East Coast tour kicks off Sept. 27 in Pittsburgh, PA and wraps up Oct. 12 in Oaklyn, NJ.

The song is taken from the band’s upcoming LP, Wind Instrument, out Oct. 6. It’s available for preorder here.

4. Four Year Strong released a stripped-down version of “We All FLoat Down Here,” from the band’s 2015 self-titled record.

This version is featured on the band’s new record, Some Of You Will Like This, Some Of You Won’t, out Sept. 8. It features rarities and previously-unheard tunes, in addition to stripped-down and reimagined versions of fan favorites.

5. All Pigs Must Die, featuring members of Converge, Trap Them and more, debuted a new song, “A Caustic Vision.”