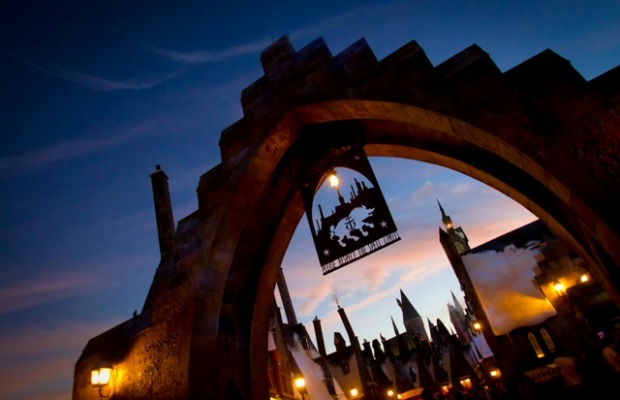 Universal Studios announced on Tuesday that Harry Potter's adventures will be brought to life in the spring of 2016 in Hollywood, CA, EW reports. The biggest attraction is said to be the signature ride, Harry Potter And The Forbidden Journey, an immersive theme park 3-D HD experience in which passengers wear Quidditich-inspired goggles and race through scenes from the films, including a Quidditch match, an encounter with a dragon, and a confrontation with the Whomping Willow.

“The momentum behind J.K. Rowling’s wizarding world is as strong as ever and we are incredibly excited to bring Hogwarts to Hollywood,” said Brad Globe, president of Warner Bros. Consumer Products, in a press release. “Fans around the world have experienced the magic at The Wizarding World Of Harry Potter in Orlando and Osaka, and we look forward to continued success with our partners at Universal Studios Hollywood as we offer more fans a chance to step into this immersive environment.”

The brand new attraction will also feature the “Flight of the Hippogriff” rollercoaster and authentic recreations of Hogwarts Castle and Hogsmeade Village.

An announcement from Universal Studios can be watched below.