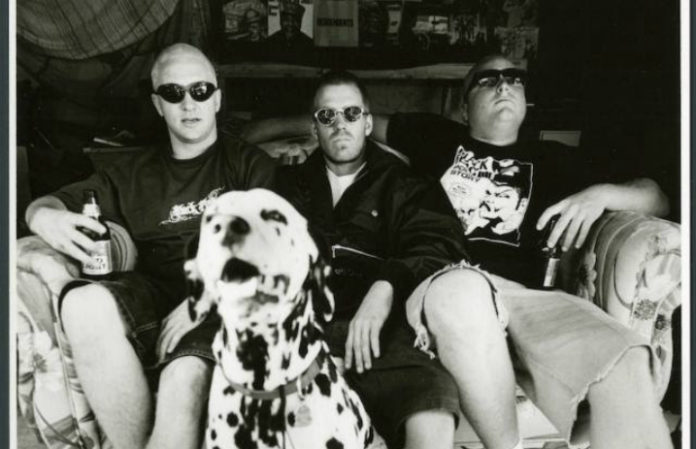 It's hard to think of a band that's had more of an impact on the reggae-punk scene than Sublime, which is why we can't wait to see the upcoming documentary on the band directed by Bill Guttentag.

Check out all the details including when the film is supposed to be released below!

While the band is celebrating the 25 year anniversary of their debut album, 40oz. to Freedom, they've decided it was the perfect time to share their story, and they couldn't have picked a better director in Bill Guttentag. Guttentag has won two Oscars for his documentaries, Twin Towers and You Don't Have to Die.

“Sublime is an iconic band — and I feel honored to be directing this film. Few bands have had the enduring, electrifying appeal of Sublime. With our film we hope to bring Sublime's amazing story and incredible music to their long-time devoted fans, and also connect to a new generation — who have also embraced their singular, powerful sound,” said Guttentag.

Guttentag will also be writing the upcoming documentary slated for a 2018 release.

The film, set to begin production right away, will feature never before seen footage from the Sublime archives, along with the soundtrack featuring rare, unreleased gems along with some of the bands that influenced Sublime.

“Most legendary bands have an intriguing history, but few have a story equal to Sublime's mix of struggle, daring, musical pioneering, love, triumph, intense tragedy, and cultural impact,” says Sublime's manager Dave Kaplan. “We searched long and hard for the right person to tell this story, and we were very lucky that someone as fiercely talented and credentialed as Bill Guttentag was passionate to come on board to captain the ship for the first official Sublime documentary.”

The film will feature the history of the band, the story of their music and how they learned to heal following the tragic loss of lead singer Bradley Nowell after a heroin overdose in 1996.

Are you excited for the upcoming Sublime documentary? Let us know in the comments!