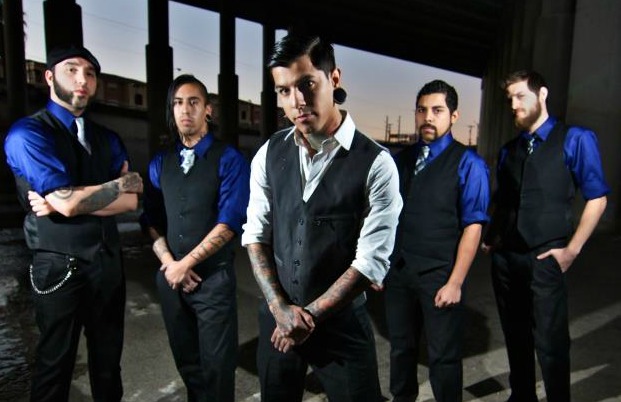 UPDATE: July 2 at 11:50 p.m. EDT
While not making any statements of their own, Upon A Burning Body have broken the silence with a lyric sheet followed by their new single, “Red Razor Wrists.”

UPDATE: July 2 at 6:51 p.m. EDT
Ash Avildsen, CEO of Sumerian Records, has called this a “publicity stunt” in a new post on Sumerian's Facebook page, claiming he had no prior knowledge that the band intended to announce Leal's “abduction:”

“I woke up to a ton of missed calls and just saw all this stuff about Danny Leal of UABB posing as that he's been abducted or kidnapped. My phone hasn't stopped ringing since. As a child, we all learn the story “The Boy Who Cried Wolf” and it sticks within our consciousness for a reason. I do not condone this type of publicity stunt. This was done behind my back and I am not OK with it. In my eyes, there's never a time to use the possibility of real-life abduction, injury or murder of someone you care about to promote anything, especially an album. If you need to resort to that, then you have lost the plot. We as a society should have evolved past that way of thinking by now and especially within the rock/metal community, given all the tragedy that has happened in our world over the past few years. There are some people who owe us an apology. -Ash Avildsen, Creator & CEO of Sumerian Records.”

ORIGINAL POST: July 2 at 4:04 p.m. EDT
According to a post on the band’s Facebook, Upon A Burning Body singer Danny Leal has been missing since June 30.

“Breaking News: Danny Leal (singer of Upon A Burning Body) has been reported missing. He was last seen in his home town of San Antonio TX on Monday, June 30th.”

The band were scheduled to take part in the Rockstar Energy Drink Mayhem Festival, beginning this Saturday, July 5. No further updates have come from the band yet, but Leal did tweet some pretty alarming things before being reported missing. (You can read his tweets below.) In back-to-back tweets, the singer said, “This same sketchy car has been driving past my house over and over for the past 3 days straight.” He then followed with: “Wide awake now … I could’ve sworn I heard someone in my house.”

We have filed repeated inquiries regarding the validity of this story with the band's label and management and have received no response. We’ve also placed a call with the San Antonio Police Department’s missing persons division and are awaiting a call back.

Currently, no one with the last name of Leal is listed in the Texas Department Of Public Safety’s missing persons database. Additionally, there are currently 22 people listed as missing who were last seen in San Antonio, none of whom share the same first or last name as the UABB singer.

UPDATE: We have received the following response from the band’s publicist at Sumerian Records:

“I have no news as to Danny's whereabouts and am completely in the dark here myself.”

While the band have not publicly announced it yet, Sumerian will release UABB's new album, The World Is My Enemy Now, on August 12.

UPDATE #2: A representative from the San Antonio Police Department has informed us that they do not have a missing persons report for a Danny Leal on record, but that it could have been filed in a smaller municipality or the singer could be using a different name.

This same sketchy car has been driving past my house over and over for the past 3 days straight.

Wide awake now… I could've sworn I heard someone in my house!!!!!