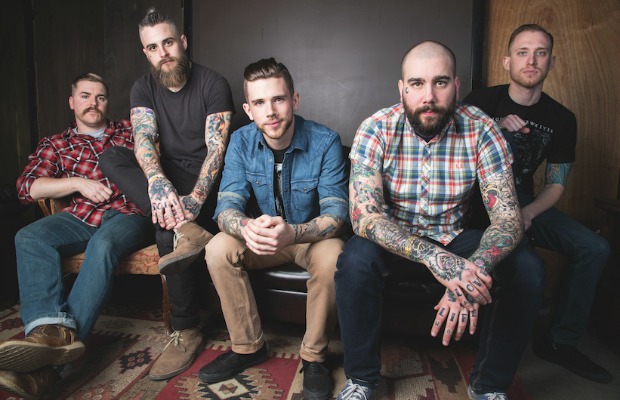 Boston post-hardcore band Vanna have announced an upcoming EP, as a follow-up to 2014's VOID, that will feature covers of five bands that have influenced Vanna over time. For the release, titled ALT, the band has chosen to record their interpretations of tracks from Marilyn Manson, the Offspring, the Smashing Pumpkins, Korn and Metallica. Today, Vanna are sharing the EP's opener, their rendition of Marilyn Manson's “The Beautiful People,” (via Revolver).

Read more: Fall Out Boy to be featured on Disney cover album

Of the cover choice, vocalist Davey Muise says, “One of the first songs and videos I was taken with–Manson’s lyrics and attention grabbing ways have always spoken to the anti-conformity in me, not to mention they made me start questioning what was put in front of me even as young as I was. My anthem for rebelling with a cause, and reason to wear black.”

You can stream Vanna's Marilyn Manson cover below where you'll also find the EP's cover art, track list and the band's upcoming tour dates where they'll be performing the covers featured on the release. ALT is due out on October 2 through Pure Noise Records.