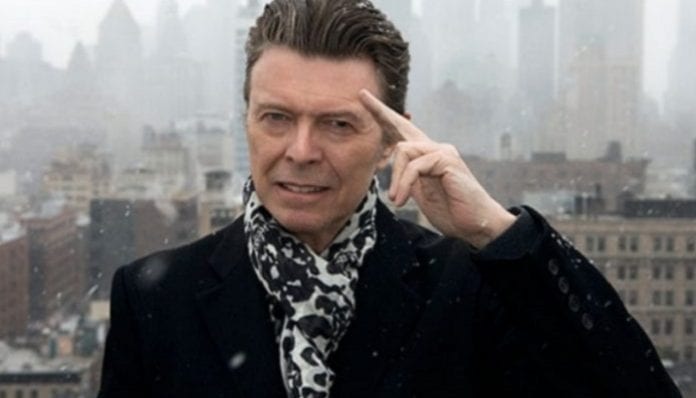 However, one more style seems to have joined the bunch. Fans will soon be able to get their hands on a slick pair of red and black high tops, reminiscent of his iconic platform boots.

The new kicks are perfect for folks who want something to commemorate Bowie in a subtle way. While the high tops don’t have any Bowie-related logos on them, they capture the musician’s aura and style strikingly well.

Check out the new kicks and compare them to his original boots that are featured in Chicago’s David Bowie exhibit below.

As previously reported, the other designs represented in the collection will take inspiration from Space Oddity, Hunky Dory, Ziggy Stardust, and Aladdin Sane.

The David Bowie collection will arrive on April 5. You will be able to snag a pair for yourselves here.

After an 18-month battle with cancer, David Bowie passed away on Jan. 10, 2016 at 69 years old. His death came just days after the release of his 25th studio album, Blackstar.

When he passed, his official Facebook page posted the following:

The pop legend’s impact and influence on music as a whole was immeasurable. Countless figures from our scene have offered personal tributes to Bowie, some of which you can read here.

Which pair of sneakers in the David Bowie collection are your favorite? Let us know in the comments below.