Vans and Record Store Day 2021 are teaming up to support Black-owned record shops across the country.

Together, the two companies are putting out the dual vinyl Songs for You, Vols. 1 & 2 that will specifically benefit Black-owned independent record shops in the United States.

Now, Record Store Day hopes to keep the momentum surrounding physical album sales going this year. On June 12, Record Store Day is officially holding its 2021 event. This time around, however, RSD is teaming up with Vans for a special collaboration. Together, the companies are releasing the dual vinyl Songs for You, Vols. 1 & 2.

Songs for You, Vols. 1 & 2 will be available to purchase exclusively in record shops on June 12. From there, Vans and Record Store Day will reinvest proceeds from the sales into Black-owned record stores across the United States.

“This particular Record Store Day release
will shine a much-needed light on the Black-owned businesses that inspire artists like us.” Tank, @TankandDaBangas on being part of #SONGSFORYOU.

Find out more about our project with @VANS_66 at https://t.co/dwjbpqoUbN pic.twitter.com/ZDefwd0iJ3

“Black-owned record stores have always represented something more than just a place to buy music in their communities,” RSD co-founder Michael Kurtz says. “These businesses have been hubs for social and political activism, self-expression, culture, and belonging. They are at the heart and soul of the music industry and the impact they have had on their communities to push for important social and political progress is immeasurable.”

What are your reactions to Vans and Record Store Day’s new collaboration to help Black-owned record shops? Are you planning to participate in Record Store Day 2021? Let us know in the comments below. 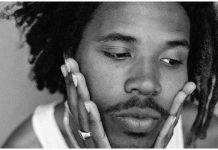