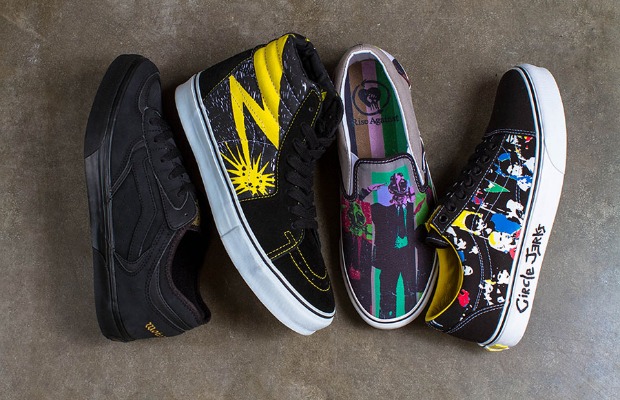 The first shoe to be re-released will be Circle Jerks on March 12. The shoe design is based on the cover of Group Sex, with Vans designers working with the band to produce a completely vegan shoe out of respect for some of the band’s fans. $70

March 13 will bring the Motorhead II design, which originally hit skate shops in 2006. The black coloring was chosen by lead singer and bassist Lemmy Kilmister, giving the resulting shoe a sleek look. $70

A Bad Brains design will hit SXSW on March 14, featuring the classic Bad Brains gold lightning bolt on a black background. The shoe was originally sold in 2009 and is a high-top skate shoe. $75

If you are heading out to SXSW, you can find the Vans Vilaage in the parking lot on the corner of 7th and Red River, or you can purchase the shoes online the day after the above dates at www.vans.com/sxsw