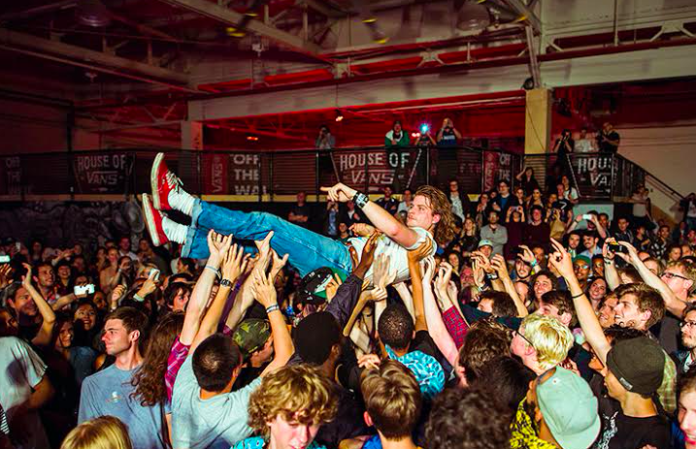 The brand of our scene—Vans—is marking its 50th anniversary in 2016. In celebration of the golden “Off The Wall” anniversary, House Of Vans is hosting pop-up shops in cities worldwide.

Read more: “Damn, Daniel!” star gets hooked up with lifetime supply of Vans

At these awesome pop-up shop slash creative space events, Vans will provide musical performances from a variety of acts such as Nas, Dinosaur Jr., Wu-Tang Clan, The Kills, Erykah Badu, Jamie xx, Dizzee Rascal, Yeasayer and Shlohmo. Alongside the performances, attendees can enjoy DIY workshops, shoe personalization, a look at Vans’ history and an interactive display of the brand's pinnacle 2016 campaign. Everything is slated to begin March 16.

Vans has partnered with esteemed collectors, the Skateboard Museum Berlin and Pillow Heat from The Other Side Of The Pillow, to present a gallery of classic Vans products.

The goal of the pop-up shops is to bring Vans legacy of action sports, art, music and street culture to life through hands-on experiences. Hosting cities include Austin, New York, Toronto, Mexico City, London, São Paulo, Hong Kong, Seoul, Cape Town and Kuala Lumpur, representative of House Of Vans global expansion initiatives. As the cultural hub for the brand, House Of Vans currently has two permanent locations, one in New York and the other in London.

Peep at this visual timeline of Vans history, and watch a sneak peek of the anniversary celebration below.