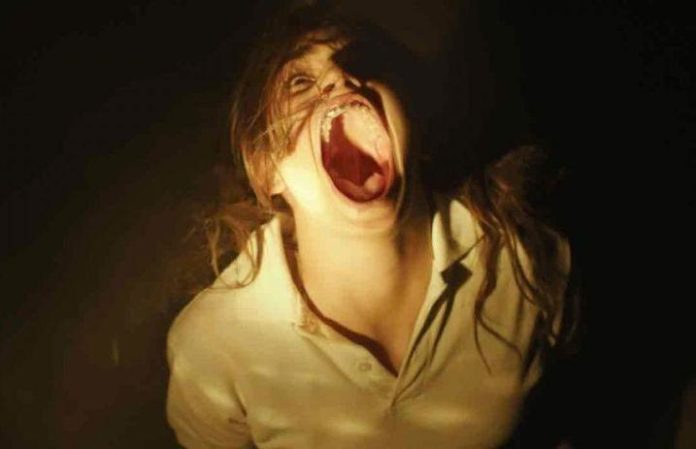 We're the first to admit that we love a good horror movie—but even we are having our horror-loving limits tested with Netflix's newest flick, Veronica.

Earlier this week, Netflix shared the new Spanish horror movie, which tells the story of a girl who “uses an Ouija board in a séance at school and attempts contacting her dead father,” as Bustle explains. But it doesn't just end there… She “begins having demonic experiences and senses an evil force in her family's home, where she has to protect her younger siblings.”

Oh, and it's reportedly based on a true story, as Yahoo! reports.

It has a 100 percent on Rotten Tomatoes, and it also has us freaking the heck out.

Watch the trailer below… And try not to jump out of your seat.

The trailer alone scares the sh*t out of us, and according to the internet, the movie is even more terrifying.

Veronica is such a messed up film ��

Started watching Veronica on Netflix (huge REC fan so interested in anything Paco Plaza is involved in) but the demon walking down the hallway scene freaked me out so much I had to turn it off… #SuchAWuss pic.twitter.com/4oCcjQUJST

Watching Veronica on Netflix which is directed by Paco Plaza of REC fame. I have pretty much become desensitised to horror these days, but this is genuinely spinechilling. So yeah, don't mess with ouija boards kids.

Ok, I'm watching #Veronica on my own. I've nearly had to turn it off twice… I'm only halfway through.

You know what we (might) be watching tonight. (With plenty of popcorn and plenty of screams, of course.)