Vic Mensa has been making waves in the rap scene, but that’s not to say that’s the only genre he takes influence from. The rapper (who performed at Riot Fest 2017 in his hometown of Chicago) has freestyled over a twenty one pilots track and sang Plain White T’s with Post Malone.

Most recently, Mensa and Travis Barker joined Fever 333 for a remix of “Made An America,” and it appears that won’t be his final Barker collab.

Mensa hit Beats 1 where he spoke with Ebro Darden about his latest Hooligans EP and future plans that include a punk-inspired project with help from Barker and Good Charlotte’s Joel Madden.

Mensa chatted about his clothing line 93 Punx, which has constructed many of the custom leather jackets he can be seen wearing. He also explained 93 Punx will be the name of his upcoming punk project and not just his current line of clothes.

“That’s a line I’m doing,” he says. “That’s going to be releasing with a project that’s like a punk project, another EP basically that I did. So, Hooligans, I had these different energies, just rap songs that I made, not particularly for a project, throughout the year.

“I also was making this punk music,” he continues. “As I came to have these two different separate entities, I was like, ‘OK, let me not try to just mash all of these together and have to compromise being to go all the way.’ I took the records that were more in a rap space and made this project out of them. And the punk records are going to be on that album.”

He then explained Barker is working with him on the punk project, hopefully as an executive producer, for the EP that’s looking to be a full album.

Darden asked Mensa how he would be incorporating the punk sound into the record, whether playing guitar or just using alternative beats, which he explained.

“I feel that punk and what punk is, is not a sound,” he says. “It’s not a delivery, it’s not even a style of production, a set of instruments—it’s an attitude. I think what differs the 93 Punx music that is coming out in the spring, it’s also got the voice.”

Mensa then elaborated more on his influences and who else he worked with on 93 Punx.

“The Clash and the Dead Kennedys are my two favorite bands, but I’m also pulling inspiration from places like, obviously blink,” he says. “I got an ill record on there from Joel Madden from Good Charlotte. I had H.R. from Bad Brains in the studio.”

You can check out Mensa’s full interview below.

Mensa just dropped his Hooligans EP Dec. 14. You can check out the EP’s spooky first single, “Dark Things” below. 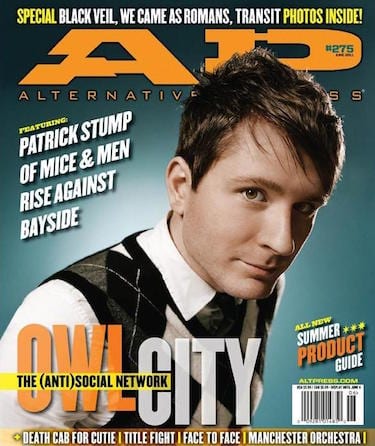