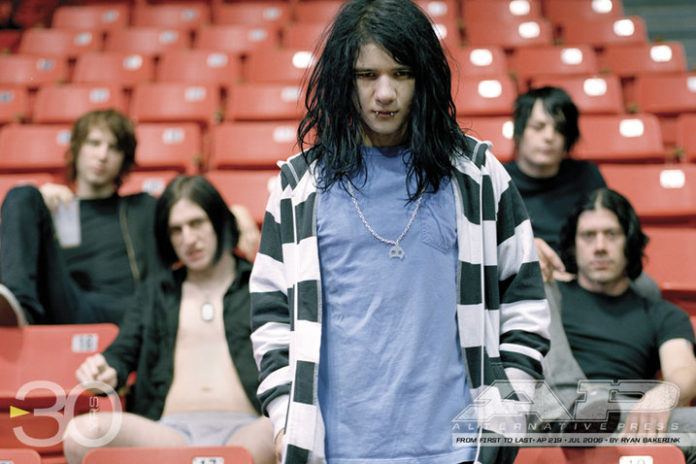 Following reunion rumors from this past summer, a video has surfaced online which looks to show former vocalist Sonny Moore—A.K.A. Skrillex—singing on what might just be a new From First To Last song.

Reddit user CakeSoul uploaded the footage to the site, which appears to show Moore recording vocals in a studio.

This summer, Moore appeared on his label’s Beats 1 radio show on Apple Music. He played a song reminiscent of FFTL’s overall sound with Moore’s vocals over it. He dubbed it, “Bonus track.” Some wrote it off as an old demo from their era with Moore. The video was later removed from the internet.

Guitarist Matt Good revealed that new FFTL music was being written on May 1. When the band released their reunion album, Dead Trees (which featured Periphery’s Spencer Sotelo on vocals), Good said Moore was interested in some sort of collaboration, but his schedule seems to have never lined up with the rest of the band’s.

From First To Last formed in 1999 originally with vocalist Phillip Reardon, who left the band in 2004. Moore then sang on the band’s following two releases, Dear Diary, My Teen Angst Has a Body Count and Heroine.

Moore left in 2007 to pursue a solo career as Skrillex. Singing in From First To Last put immense strain on his vocals, which resulted in many surgeries.

What do you think about this? Are From First To Last reuniting with Moore? Let us know your theories in the comments.