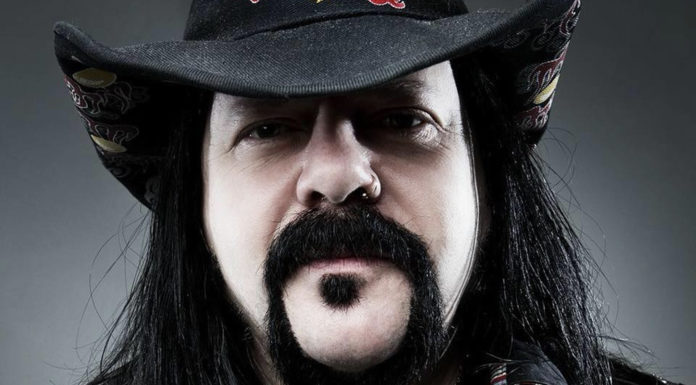 UPDATE: According to TMZ, Vinnie’s family has stated that the musician “died in his sleep at his home in Las Vegas. His body’s been turned over to the medical examiner to determine a cause of death, and after that he’ll be flown back to his home state of Texas to be buried between his mom and brother.”

A representative for Paul confirmed his death to Billboard, but no further details have become available at this time.

Paul formed Pantera in 1981 with his late brother Dimebag Darrell. The group found success with frontman Phil Anselmo and went on to earn four Grammy nominations and chart nine albums on the Billboard 200.

After Pantera disbanded, Paul and his brother began Damageplan in 2003. Dimebag Darrell was shot and killed onstage during their Columbus, Ohio show in December of 2004. Since then, Paul has been a member of heavy metal supergroup Hellyeah.

“Vincent Paul Abbott aka Vinnie Paul has passed away,”a statement on Pantera’s Facebook page reads. “Paul is best known for his work as the drummer in the bands Pantera and Hellyeah. No further details are available at this time. The family requests you please respect their privacy during this time.”

Musicians react to the news of Vinnie Paul’s death:

Tragic news about Vinnie Paul today. He was one of the warmest people I knew. A truly good & fun friend. We’re going to miss you more than you could possibly have known. RIP buddy. https://t.co/yQqruY4tio

Another rock n roll great has moved on to play the great gig in the sky. Thank you Vinnie Paul for influencing our incredible genre of music ??

Terribly saddened by the news of Vinnie Paul’s passing. Vinnie was a beloved fixture in the rock and metal communities and we will miss seeing him out on the road. His impact on heavy music is immeasurable. Rest In Peace Vinnie, condolences to your family, friends and fans.

Crushed hearing about The passing of Vinnie Paul. He was one of the nicest and most humble legends I’ve had the pleasure of meeting. Rock on Vinnie! ?