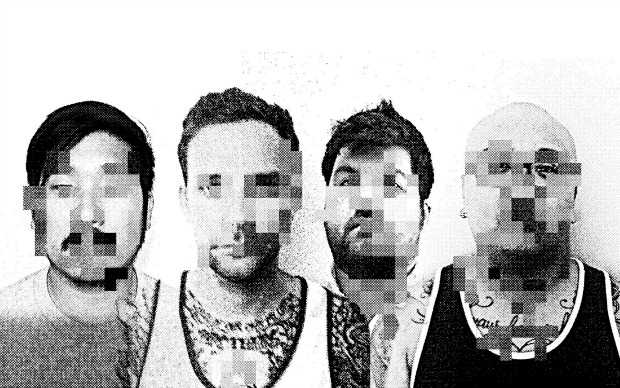 Peace'd Out members have revealed themselves as Vinnie Caruana (I Am The Avalanche), Steve Choi (RX Bandits), Casey Deitz (The Velvet Teen) and Roger Camero (No Motiv). The band's debut 10-inch will be released October 25 via Sound The Siren and can be pre-ordered here. Below you can watch the reveal video along with their first single, “White Pyramid.”