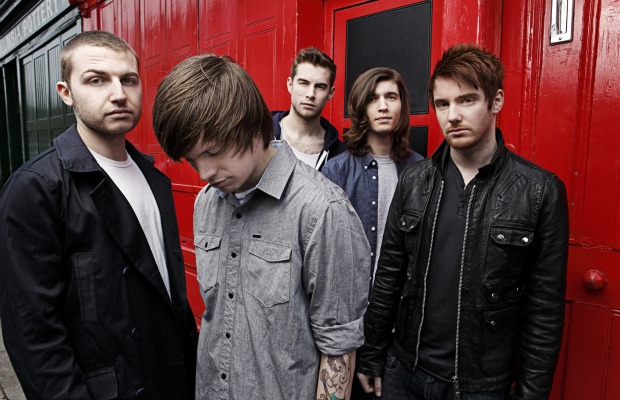 Vocalist Dan Brown (second from left) has left We Are The Ocean, the band announced today:

“It is with much regret that we announce the departure of vocalist Dan Brown from We Are The Ocean. Dan has been our best friend and band member for over five years now. However, throughout the demoing and recording of our new album, we have been faced with the difficult realisation that the band's and Dan's creative futures are not the same.

Dan and the band had a meeting recently where Dan agreed that his passion lies behind the scenes as a manager, as opposed to musically. We felt we would be doing him, ourselves and, most importantly, you our fans a massive disservice if we did not acknowledge this fact immediately.

Dan will always be a part of the We Are The Ocean family. We wouldn't be where we are without Dan's contribution, commitment and drive.

Our new album is nearly finished and we can honestly say it will be our best to date. As a four piece, we are now extremely excited about what the future holds for us. We intend to keep delivering the best music we possibly can. See you at Download!

WATO will be several dates of the Vans Warped Tour this summer.