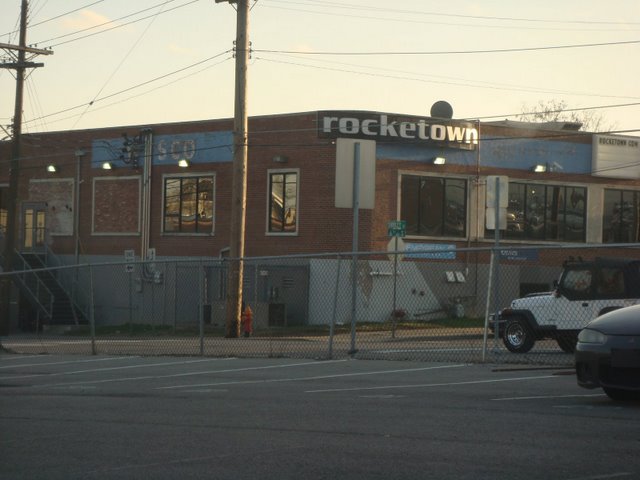 UPDATE: January 27 at 11:14 p.m. EST
AP has received notice that Volumes do not wish to comment on last night's events at this time.

UPDATE: January 27 at 3:40 p.m. EST
No Country For New Nashville informs us that they have updated their original post to reflect new information regarding the conflict at last night's Rocketown show. The site reports that Volumes vocalist Michael Barr may have “knowingly provoke[d] conflict” and that security's removing him from the venue may have been exaggerated by reports from the band on Twitter. That information is supported by the statement from show promoter Mark Mosley, which you can read below.

Volumes have yet to respond to AP's request for comment.

ORIGINAL POST: January 27, 2013 at 12:30 p.m. EST
Last night, No Country For New Nashville reported an alleged assault by Rocketown staff against Volumes vocalist Michael Barr that happened at last night's Of Mice & Men show. According to the site, sourcing the accounts of show attendees and to tweets from Volumes band members, the assault and the vocalist's being banned from the venue was sparked by Barr's dedicating a song to his gay friend onstage.


The alleged incident, which saw Barr jumped by several people alleged to be Rocketown staff members, presumably happened in the parking lot of the venue during Of Mice & Men's set.

“Tonight, for the first time in my career I experienced, well, I don’t even know how to describe it. I was the promoter for the Volumes/Of Mice and Men show tonight and got to experience the “incident” with Mr. Barr first hand.  As Mr. Barr was being removed from the venue I was standing next to the exit having a conversation with a friend. As an extremely agitated Mr. Barr tried to re-enter the venue, I calmly stepped in front of him and as calm as could be (people get excited at shows often)  to please stay outside and cool off for a minute. Mr. Barr then proceeded to verbally attack me calling me “faggot” repeatedly as well as accusing me of being a Christian (I am neither gay nor a Christian). He then proceeded to spit on me 2x before being escorted away by security. All the while still calling me a “faggot”, “Christian faggot”, and so on.

I think it’s important that you know more of the story seeing as how its being presented that he was the victim. I do not believe for one second that he was attacked or removed for any reason relating to gay rights.

For me personally, I take gay rights very seriously and fully support equality for all. Anyone who knows me or has worked with me over the years will vouch for my professionalism.

As for the rest of the members of Volumes, they were very courteous and professional and I look forward to working with them in the future.”

AP has reached out to artists on the tour and to Rocketown for further comment.

Last week, Rocketown was brought under scrutiny of the music community following Hostage Calm's releasing a statement which told the story of band friend Wes Breedwell who was fired from the venue after seven years for wearing the band's “I Support Same-Sex Marriage” T-shirt.

Since, more musicians have spoken out against the venue and begun relocating shows booked at Rocketown.