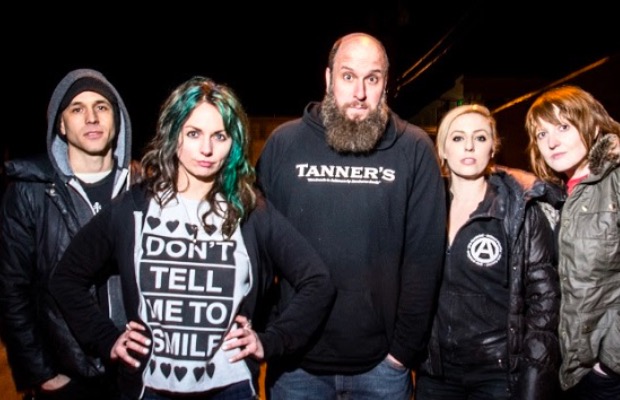 War On Women have premiered a music video for their song, “Glass City,” which tackles the topics of institutionalized sexism and patriarchy. Check it out below and leave us a comment with your thoughts!

“Glass City” is taken from the band's debut self-titled LP, which is out now on Bridge Nine Records. It was recorded with J. Robbins at the Magpie Cage (Against Me!, Lemuria, Fairweather, Have Mercy)—an especially common destination for Baltimore, MD-based bands.