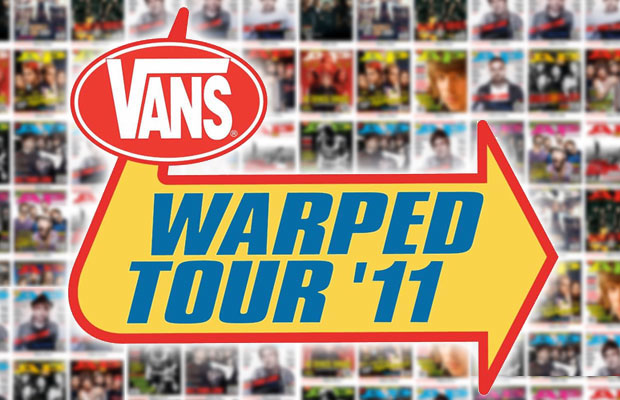 Earlier this month, we decided to embrace this year's Warped Tour theme, “We Are Warped,” full-on and allow you, the fans, to vote on just what bands should be featured on our annual Warped compilation covers. Tens of thousands of ballots were cast in under two weeks; after inspecting all the hanging chads and filtering out the spambots, we've finally come up with the winners—and there are more than you think.

First off, voting between the heavy bands was as brutal as their breakdowns, with A Day To Remember dominating much of the contest and Enter Shikari close on their heels. But a mid-week surge by WE CAME AS ROMANS ended up putting them on top when the polls closed, making them the victor. “It's an honor to be on the cover of a magazine we've read and respected for years,” says WCAR vocalist DAVID STEPHENS, who will be one of eight musicians featured on AP's annual Warped compilation covers. “Thank you to everyone who voted for us to be a part of this! Our fans have always been there to support and help us achieve our dreams. See you all at Warped Tour this summer!”

As frequent and frantic as the voting was in the heavy poll, on the poppier side of the spectrum, it was practically a photo finish. For two straight weeks, GO RADIO and THE WONDER YEARS were neck-and-neck, with each band jumping in and out of the lead more often than their fans pogo in the pit. When we closed the polls last Friday and removed any duplicate votes, the contest was literally too close to call; as a result, we've decided to honor both bands and place both of their frontmen on our annual Warped compilation covers. “AP has always been a huge staple in music,” says Go Radio frontman JASON LANCASTER. “Just to be thought about is a huge deal for us, but to actually get it is the biggest deal ever.” Wonder Years leader DAN “SOUPY” CAMPBELL echoes Lancaster's sentiments, saying, “I guess there isn't much to say here except for thank you. A year ago, we were that band sweating and screaming over broken PA systems at house shows and church basements and now, because of the tenacity and dedication of our fanbase, we're going to be on the cover of Alternative Press. Sometimes, I can't believe how fucking lucky we are. Thank you to everyone who helped make it possible.”

Congratulations go out to all three bands and their frontmen, who will each be one of eight musicians featured on the cover of AP 277, on sale July 5. As for the other five rockers the editorial staff has hand-selected to grace our Warped cover? Well, you'll have to wait a little while longer to find out who they are…