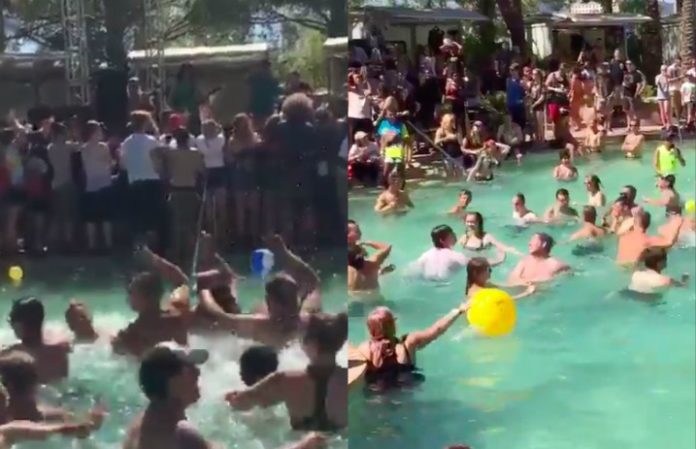 Warped Tour is known for the heat. Usually, any date you attend feels like the hottest day in the history of ever, but the subsequent sunburn is always outweighed by unforgettable memories of seeing your favorite bands.

While heat was definitely a factor at the tour’s stop in Las Vegas, attendees were surprised with an entire stage centered on a swimming pool. Yes, there were circle/mosh pits in the pool, and yes, it was freaking awesome.

As the day winds down, more and more videos are continuing to surface of the epicness that took place today. For now, take a look at what Knuckle Puck’s pool-party set offered via fan-filmed videos below.

There's a circle pit in the swimming pool. #warpedtour