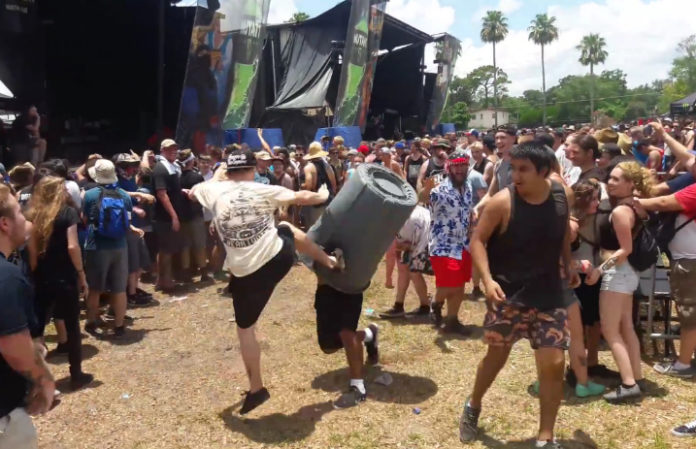 How long do you think you'd last in a Warped Tour pit while trying to mosh inside of a trash can?

One Warped Tour 2017 festival-goer apparently thought he had the right stuff for the task, donning a trusty, 20-gallon, plastic garbage container for some extreme pit moves. Suffice it to say, it didn't last long—watch below.

Read more: Silverstein and Beartooth formed “Silvertooth” at Warped Tour, and it's phenomenal

As reported by Theprp.com, the would-be trash-moshing champion got his garbage can groove on at the Orlando, Florida, stop of Warped Tour on June 30. The stellar display apparently went down during Fit For A King's set.

Check out the valiant spin-kicking efforts of Warped's very own Oscar The Grouch before he literally gets his can kicked by a fellow pitter.

It's kinda like bull riding: How many seconds do you give the trash can mosher?