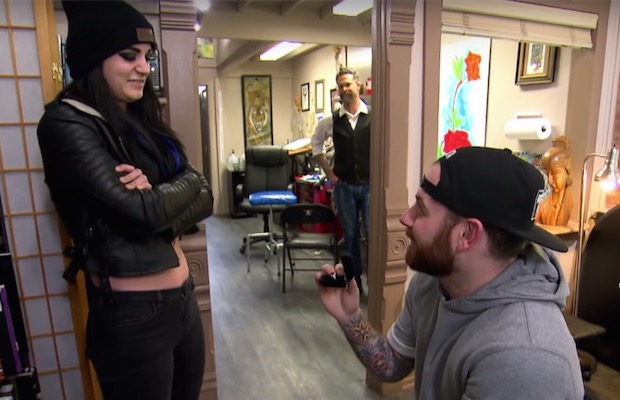 A Day To Remember guitarist Kevin Skaff appeared on a recent episode of E!’s reality series Total Divas. In the clip below, you can watch Skaff propose to his girlfriend, WWE Diva Paige, who ultimately accepts.

APTV: Kevin Skaff promises to bug the rest of ADTR about a new album in the APMAs Gibson Backstage Lounge

You may recall earlier this year when Emarosa frontman Bradley Walden appeared on Total Divas, as Paige was his then-girlfriend. The two argued over moving in together, as well as Walden’s “SHOCKING SECRET,” which wasn’t that shocking at all.