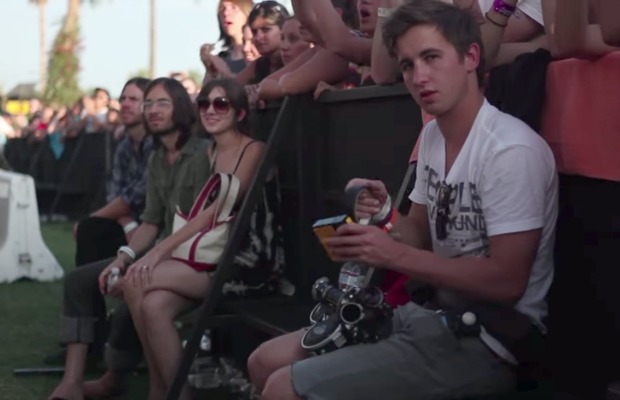 A while ago, we told you about Marcus Haney, a guy who has allegedly snuck into over 50 music festivals since 2010. We also saw the first trailer for his new full-length documentary, No Cameras Allowed. The film—which documents his journey breaking into festivals and getting into circles with musicians—includes stuff like a plot to sneak into Coachella via porta potty.

Now, the documentary is streaming in full via MTV, and you can watch it below. Check it out, and let us know your thoughts.

Haney earlier described the film as a “coming of age story set in a music world. It’s a love letter written to these festivals, in a way. And it shows them in such a great light that my goal is that people will see my film and then go and experience live music on their own.”