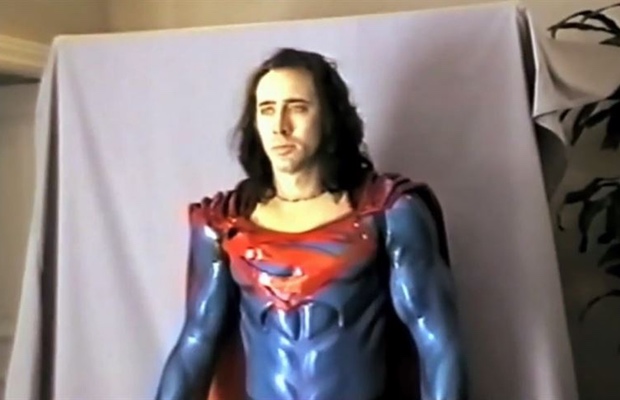 Oh, Nicolas Cage. Love him or hate him, it's impossible to avoid him. In this newly surfaced costume test footage from Tim Burton's doomed, late 90s Superman film, we can see good ol' Nic put on a skin-tight Superman costume discuss the semantics with the production staff.

Read more: New ‘Ant-Man’ trailer hints at the future of the franchise

The footage comes from The Death of Superman Lives: What Happened?, an upcominig documentary about the film that never saw a release. You can check out the footage below, dream about all of Cage's sexy back muscles, and then trudge depressingly through the rest of your Fourth of July, upset about the lack of a full Nicolas Cage Superman film in your life.