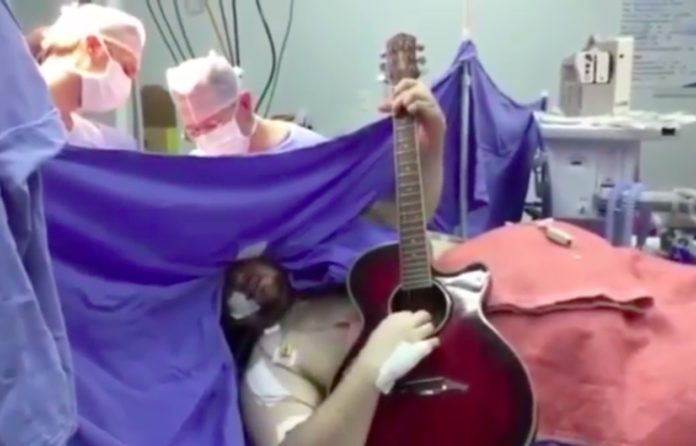 As a Guiness World Record holder for “Most Recorded Song,” there are thousands of different cover versions of of the Beatles' 1965 smash “Yesterday” in existence today. However, not many are as interesting as that of Anthony Kulkamp Dias, who recently played a cover of the song during a brain tumor removal operation.

To Brazilian news site G1, Dias comments, “I played six songs at certain times. My right hand was a bit weaker because that was the side that they were operating on. So I stopped and rested. I was interspersing songs and talking with them” (via Telegraph).

Diaz was discharged from the hospital on Wednesday, June 3 after a successful surgery. Watch the incredible video below.