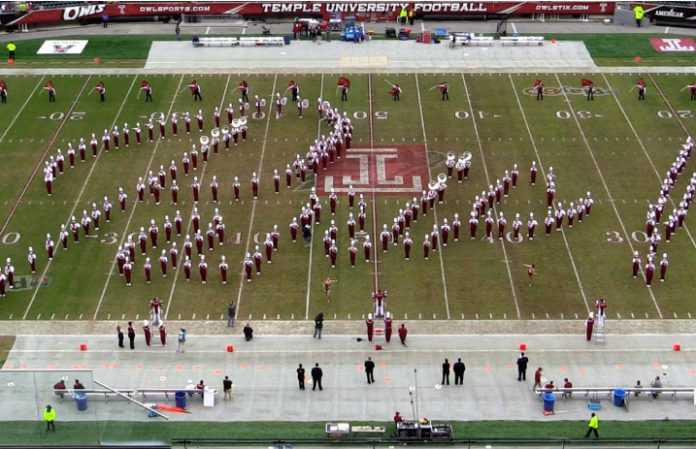 The Temple Marching Band clearly knows how to put on a halftime show. They’ve performed songs from Twenty One Pilots and The Killers, and this week they performed a Panic! At The Disco medley that we’re obsessed with. Check it out below!

The medley includes some of our favorite P!ATD tracks, including “This is Gospel,” “Don't Threaten Me With a Good Time,” “I Write Sins Not Tragedies” and “Victorious.”

Panic! At The Disco tweeted their appreciation for the awesome medley, and we’re just excited to see who they cover next.

Watch the performance below, and leave your thoughts in the comments!