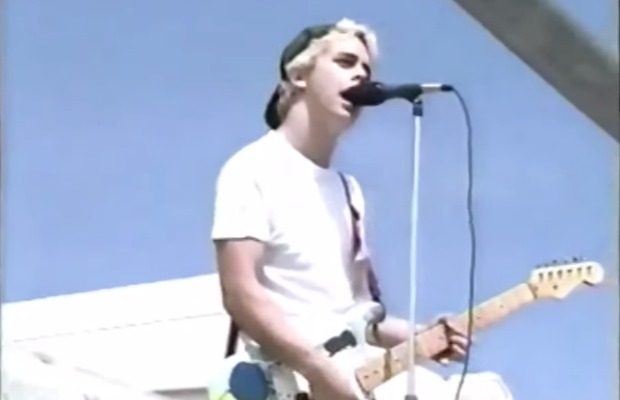 It’s been pretty good week to be a Green Day fan. After the band were inducted into the Rock And Roll Hall Of Fame, frontman Billie Joe Armstrong wrote a letter to fans that had all the feels. Now, in good Throwback Thursday fashion, Uproxx has dug up this old footage of a very young Green Day performing to a rather uninterested crowd—at what looks to be a high school. But they still totally rock out.

The footage was taken on May 10, 1990, well before the band had blown up. Check out the video and set list below, and let us know what you think.

Set list via Leo Dyke:
-Going To Pasalacqua
-At The Library
-409 In Your Coffee Maker
-16
-The Judge's Daughter
-Road To Acceptance
-Knowledge [Operation Ivy]
-Who Wrote Holden Caulfield?
-1000 Hours
-Don't Leave Me [Incomplete]
[In between the point of the broken bass pedal, Billie Joe plays a few solo songs. None complete though. They include a very short version of the intro to World Vs. World, an unreleased song, and again a very short version of The Judge's Daughter.]
-Rest
-Paper Lanterns
-Disappearing Boy
-I Don't Know [Ozzy, within Disappearing Boy]
-Disappearing Boy [Back into it, from I Don't Know]
-At The Library [Again]
-I Was There
-Dry Ice