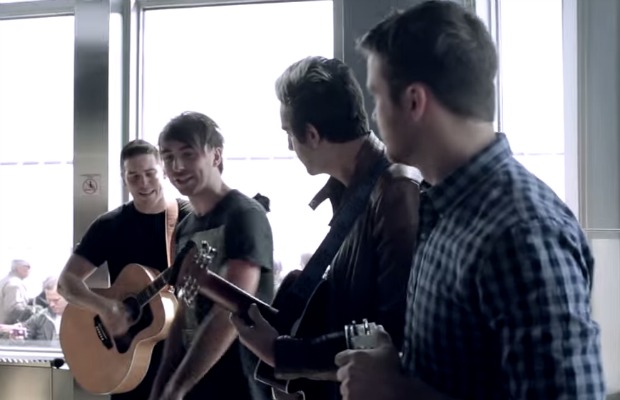 Yesterday, All Time Low gave a surprise acoustic performance from the top of the Empire State Building in New York City. In the video below, you can watch the band perform “Something’s Gotta Give,” the lead single from their new album, Future Hearts, which is out now via Hopeless Records. Check it out below, and let us know what you think.

All Time Low are up for a bunch of awards at the 2015 APMAS. Jack Barakat and Alex Gaskarth will also be hosting this year. Cast your votes now!