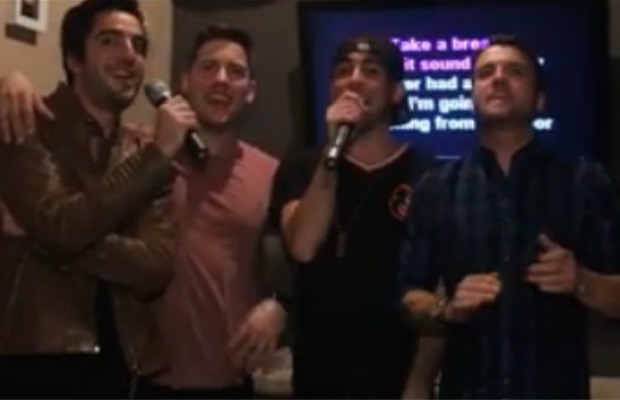 All Time Low recently stopped by a karaoke bar and belted out some songs for a few fortunate fans. (They actually tweeted the location and were asked to take it down due to the amount of people that showed up.) Anyways, after reportedly warming up with Human League's “Don't You Want Me,” the band sang along to their breakout single, “Dear Maria, Count Me In.” Watch below and just try not to crack a smile. (Seriously though, the amount of fun they're having is indescribable.)

In April, the band debuted at No. 2 on the Billboard Top 200 with their sixth album, Future Hearts, selling 75,000 copies in its first week.