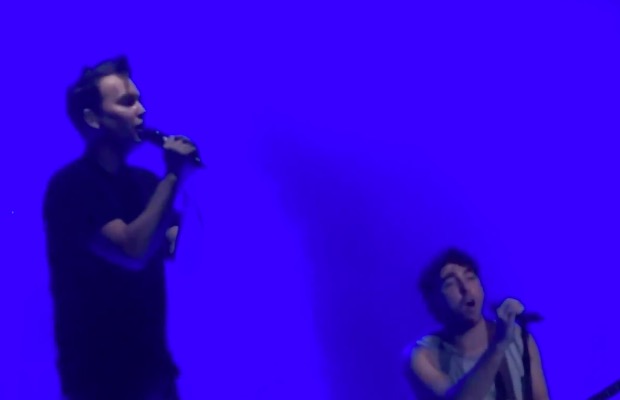 Last night, during their show in Hollywood, All Time Low were joined by Blink-182's Mark Hoppus for a performance of “Tidal Waves.” You can watch a fan-shot video of Hoppus killing it with Alex Gaskarth and company below.

In April, the band debuted at No. 2 on the Billboard Top 200 their sixth album, Future Hearts, selling 75,000 copies in its first week.