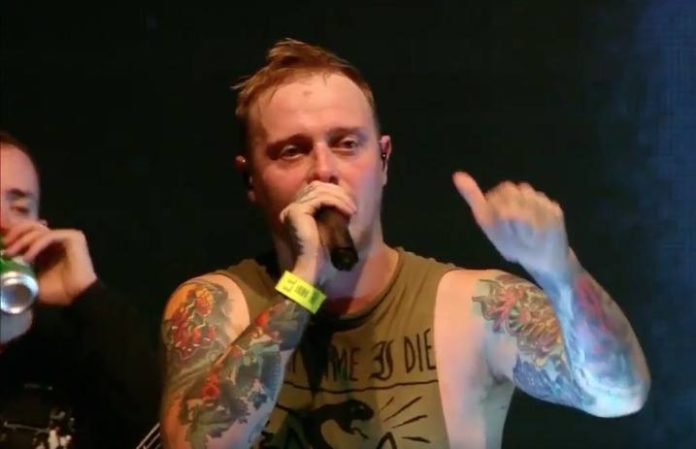 We all know that at shows, things can get pretty wild in the pit. Best case scenario, it's a good time for everyone involved—but unfortunately, it's a situation that can leave some people vulnerable.

At a Dutch music festival, Architects vocalist Sam Carter spotted a member of the audience attempting to grope a female crowdsurfer, and immediately made the crowd well aware that he wouldn't stand for it at his show.

Read more: Girls Against is changing the culture of ‘gig groping’

“I saw a girl—a woman—crowdsurfing over here, and I'm not gonna fucking point the piece of shit out that did it, but I saw you fucking grab at her boob. I saw it. It is fucking disgusting, and there is no fucking place for that shit,” he said from the stage. “It is not your fucking body. It is not your fucking body, and you do not fucking grab at someone. Not at my fucking show.”

'So, i've been going over in my f*cking mind about whether I should say something about what I saw during that last song….' @Architectsuk pic.twitter.com/zm5L4zlXpw

As if we didn't love Architects before, this pretty much seals it. Thanks for standing up for what's right, guys.

Do you respect Sam Carter for calling out groping at shows? Let us know in the comments!

Watch more: APMAs 2014: Bring Me The Horizon's Oli Sykes wins Album Of The Year with speech about his addiction