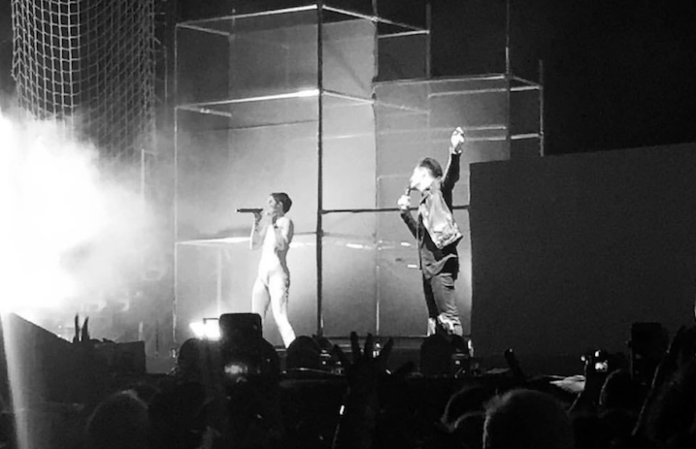 Read more: Here’s what it would sound like if Halsey joined twenty one pilots

“When I was a kid, there was one band, one band that changed my fucking life. The reason I am a musician today, and a band that will always be in my heart,” Halsey said before Urie joined her on stage.

Did that just happen?! @halsey #Cochella

When Fuse asked about future collaborations that he hopes will happen, Urie responded: “Halsey's another one. I got to meet her and she's a phenomenal performer. She is such a good singer, has such a good message, she's so good onstage, charismatic.”

If that wasn't enough P!ATD + Halsey for you, check out Urie covering Halsey's “New Americana” here.