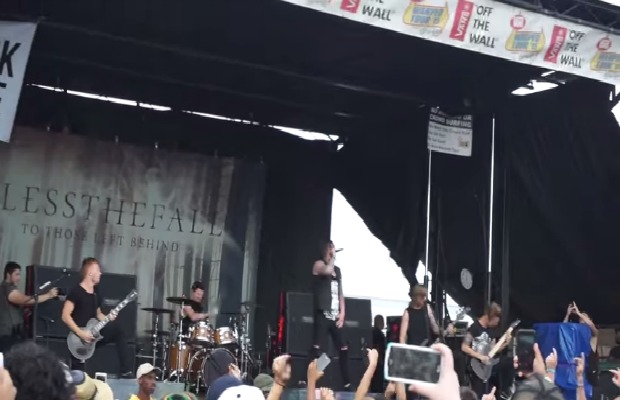 No, you didn't time travel back to 2007. This video was recorded last week.

During blessthefall's Warped Tour set in Houston, TX, former vocalist Craig Mabbitt joined the band onstage for a performance of “Guys Like You Make Us Look Bad,” a fan favorite track that was featured on the band's debut full-length album, His Last Walk. Frontman Beau Bokan welcomed Mabbitt onstage, he crushed the performance and fans were left with a huge feeling of nostalgia. Check out the video below to see for yourself!

Blessthefall are releasing their newest album, titled To Those Left Behind, on September 18 via Fearless Records. Don't forget to catch the band on Vans Warped Tour all summer long (and possibly performing with Craig)!