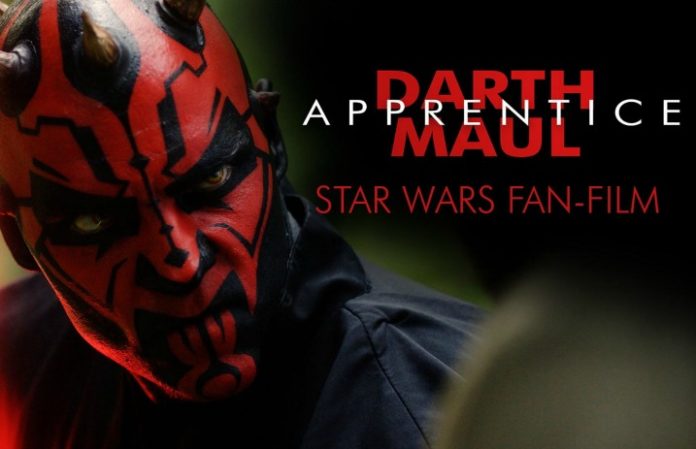 Even the most dedicated of Star Wars prequels haters will admit that Darth Maul is freaking cool.

The double bladed lightsaber wielding apprentice of Darth Sidious was resurrected in a fantastic story arc during The Clone Wars TV series, which—along with the seven theatrical films and post-Disney purchase Lucasfilm content—are officially canon. But most general audiences haven’t seen Maul since he was sliced in half by Obi-Wan Kenobi in Star Wars Episode I: The Phantom Menace. This very much unofficial fan film changes all of that and it is really, really, really awesome.

Darth Maul: Apprentice takes place directly before the events of Episode I. Clocking in at just over 17 minutes, it’s a taut, intimate, action-packed standalone story. One can only hope that upcoming official Star Wars standalone anthology films like December’s Rogue One and the in-development Han Solo prequel are half this good.

Writer/director/producer Shaun Bu and his dedicated team spent two years putting this together. The effects are great, the costuming top notch and best of all, the fight choreography rivals the best of the lightsaber duels from Episode III: Revenge Of The Sith. In fact, they may even trump them. Every lightsaber swing makes sense, everything is intense but easy to follow and all of it feels very practical and real (just wait till you see a lightsaber digging into some rocks!).

Watch it before it’s gone!