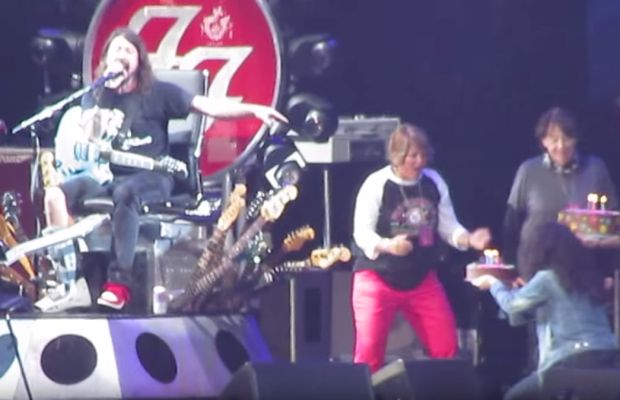 It's the start of a new work week so naturally there's some new Grohlian news to cover. Saturday night while Foo Fighters were performing at Wrigley Field in Chicago on their Sonic Highways world tour, Grohl and the gang decided to sing “Happy Birthday,” with their massive audience, to mama Grohl and Dave's cousin Tracy, who he's said is the one who originally introduced him to punk rock as a kid.

Apparently, Grohl's mom, Virginia, has been with the band for a good majority of the tour and recently hung out with Rush frontman Geddy Lee's mother while at a Foo show in Canada, as Rush's Twitter points out.

You can check out various fan-shot videos of the birthday celebration below.