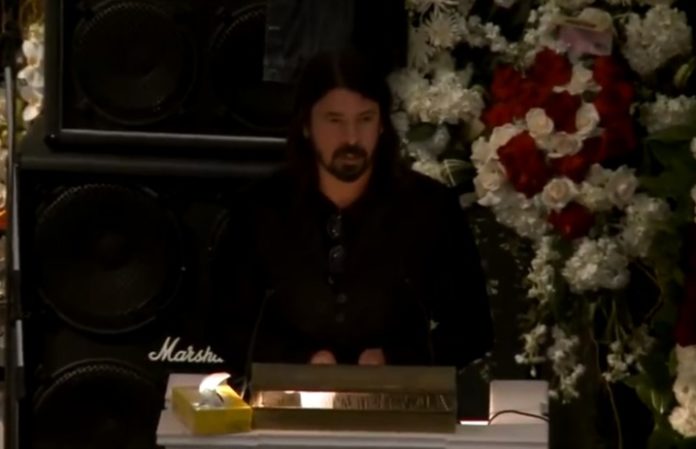 On Jan. 9, the Motörhead YouTube account livestreamed a memorial service for the late Ian “Lemmy” Kilmister. During the emotional service, many rock 'n roll greats shared their anecdotes and memories of Lemmy's life, including Guns N' Roses' Slash and Matt Sorum, Judas Priest's Rob Halford and Metallica's Lars Ulrich and Robert Trujillo, among many others. One of the most touching eulogies of the night came from Foo Fighters' Dave Grohl.

Grohl imparted the story of the very first time he met Lemmy at a strip club. Although the stream cuts out briefly during the anecdote, audience members recount Grohl telling the story of introducing himself as a member of Nirvana, with Lemmy replying “Sorry about your friend Kurt [Cobain].”

Grohl also shared that he and Lemmy had a mutual love of Little Richard. He then took out an autographed pamphlet from Little Richard, saying “I wanted to give it to him for his birthday.”

You can watch the emotional moment, along with the rest of Grohl's speech, below.