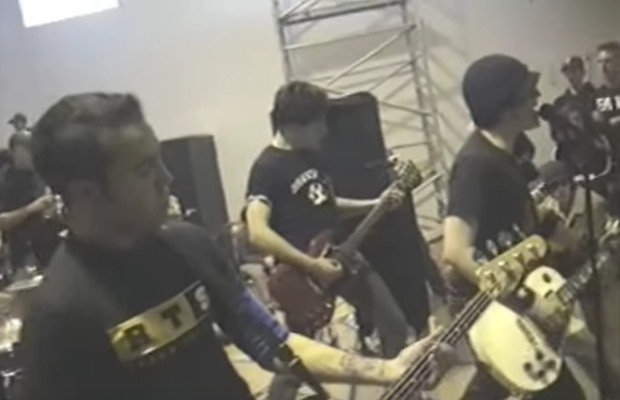 Before Fall Out Boy were selling out stadiums and touring the world, they were a local punk band from the suburbs of Chicago.

Watch: Watch Fall Out Boy play their hearts out in 2003

On November 16, 2002, they played a festival-type show in LaGrange, Illinois. Over 15 bands were on the bill, including Rise Against, Every Time I Die, Unearth, Bleeding Through and Figure Four, among others.

According to a comment on the video, Misery Signals (featuring ex-7 Angels 7 Plagues members) played before doors even opened. They hadn’t even released recorded music at that point.

Watch: Watch a drunk Brendon Urie tell you about the history of Fall Out Boy

For their last show, Wentz was joined by fellow Fall Out Boy members Joseph Trohman on guitar and Patrick Stump on drums. Video of the full set can be seen below.

Watch more: Fall Out Boy “Take This To Your Apartment”