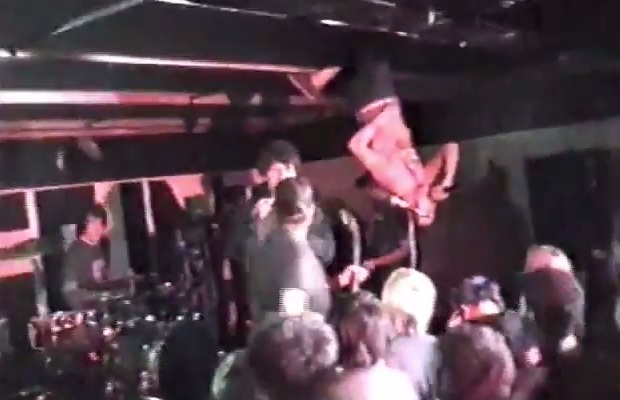 Fall Out Boy weren’t always playing arenas and dominating radio. You may or may not have already seen this footage from a 2003 FOB show in Buffalo, New York. The footage was taken at the Cruise Inn—a venue (basement?) so small and shitty that a Google search turns up nothing—during the band’s tour with Hidden In Plain View and the Early November.

During Take This To Your Grave essential, “Saturday,” the band invite the Early November’s Joe Marro onstage to perform, but they play a prank on him. Right before he starts to scream, the band cut all the music and let him hang. “Oh, man, so we set Joe up super bad,” says Pete Wentz, who eventually climbs up the ceiling, hangs upside down and screams his heart out.