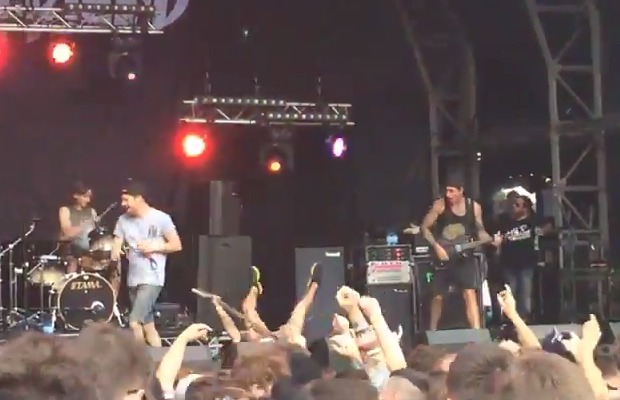 Funeral For A Friend bassist Richard Boucher ended up slipping onstage twice during the same song recently. The band were performing at the Godiva Festival in Coventry, England, when Boucher slipped on could’ve been a wet stage during the song “Roses For The Dead.” To be fair, the second slip looks like it may have been intentional, and the band all seemed to find it funny. Check out fan-shot footage below, and let us know what you think.

If you miss it, the band recently released a music video for “Conduit,” which is taken from their latest studio album of the same name.